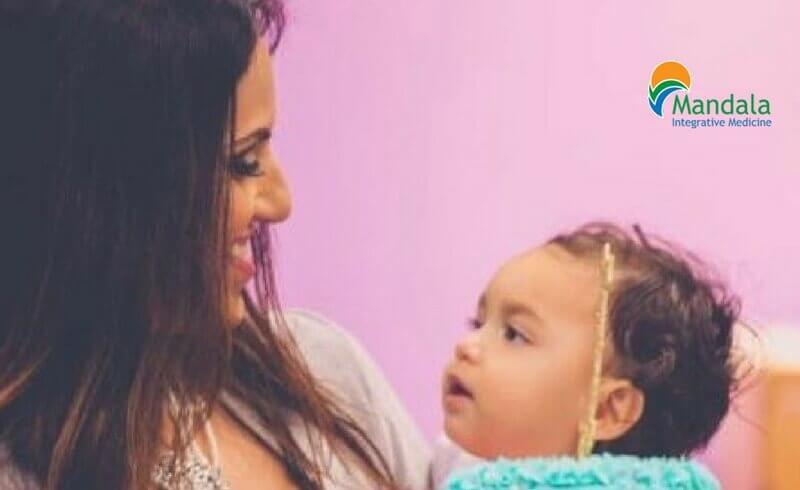 Am I being too Controlling with my Kid

“Trust yourself. You know more than you think you do.”

Hey parents! How do we know when we are being too much with our children? There is protecting our kids from harm, and then there is overbearing. For example, I had a father who had a fear of making mistakes. He was so critical of himself doing something wrong that we could not sit through his own anxiety with his kids making any mistakes.

Let me just say that his own anxiety carried on throughout my adolescence. It was to the point that when he would help me with my homework, if I had a wrong answer, rather than explaining how to come up with the answer, he would end up doing my homework for me. I love my father to pieces, but it wasn’t until my late 20s that I realized just how much he enabled me throughout life. He did everything from cooking to cleaning to driving my friends and I to school every morning and to concerts out of state. He would always say yes, and I never got grounded. Let’s just say that this put a damper on my relationship with my sister growing up. My sister would have something that I wanted, I would cry, and she was forced to give whatever the thing was to me. I wouldn’t like me either growing up. In my father’s defense, I did grow up with a schizophrenic mother, so I believe he was compensating for me not having a mother throughout my childhood. In the book Parenting from the Inside Out, by Daniel J. Siegel, M.D., and Mary Hartzell, M.Ed., they write, “Understanding our lives can free us from the otherwise almost predictable situation in which we recreate the damage to our children that was done to us in our own childhoods.”

As I got older, I started to notice how difficult it was for me to focus in school. I did not fully understand the idea of getting punished. Nor did I understand the concept of not having money, because my father would always bail me out. It wasn’t until I started doing some deep work on myself a few years ago that I realized how much he babied me, and how his enabling hurt me. I had the best jobs, from working at Donna Karan in NYC to working at Universal Pictures in Los Angeles. Not too shabby for a girl born and raised in Omaha, NE. However, although I would land the awesome job, I could never maintain it. The same issues kept happening. I would be late to work. I was slow at completing deadlines. I focused more on making friendships and being liked, rather than doing the actual work. Cut to present day: I am happily married with a beautiful little two-year-old girl named Zoha. If you met me five years ago, you would have never thought I would be where I am today!

Long story short, I have learned a lot in my 42 years. Now that I have the honor of raising my little girl, I am faced with “When am I being too much?” Just two weeks ago, I stopped breastfeeding my little girl. I honestly did not think this day would ever come. I am always hearing, “When you are ready, you will know when to stop.” However, I really didn’t think it would stop. My best friends would message me saying, “What!? You’re still breastfeeding? You’re a rockstar!” Or, my sister in-law would give me looks like, “Your daughter owns you!” Okay, she never said it, but I that’s what I felt. The reality was, I was not ready to let go.

Here I was, finally a mother of a sweet baby girl. I had the opportunity to be the mother that I always wanted. It’s true, I didn’t have a fully present mother growing up. The question I often ask myself is, “Am I being too much with Zoha?” Siegel and Hartzell also discuss how “Research has clearly demonstrated that our children’s attachment to us will be influenced by what happened to us when we were young if we do not come to process and understand those experiences. By making sense of our lives we can deepen a capacity for self-understanding and bring coherence to our emotional experience, our views of the world, and our interactions with our children.”

So, moms and dads, I ask you, what is too much? For me, it was Christmas Day when I realized that my daughter just had herself a full meal. She then started to lift up my shirt. (This is something she would do in public and anywhere we went.) Heck, she didn’t know she was flashing me to the world!? It was then when I decided to say: “Zoha, you drank all of the milk, honey. It went bye bye.” Once I decided that I was done, yes, she had her occasional cries and fits, but it was not as brutal as it was in the past. She would complain, and then move on. I’m proud to say it has been two weeks, and I am no longer breastfeeding. So what changed? I decided to step into my power. I realized that she was controlling me, and it was time for me to enjoy my own body again.  May I add that my husband has been amazing throughout the process!

Parents, what happens when we have children? The typical pattern is that we start putting them first before our own selves! That’s not cool. Yes, our babies definitely need us, but there is a fine line between their needing to be fed, bathed, and changed and us forgetting our own needs. What’s the saying when you fly in an airplane? Always put your oxygen mask on before you place it on your child. We need to be fully present and healthy so we can help our child, right?

So today I took my daughter to look at a new school. I shadowed her in class for an hour and realized that I want her to form a bond with the teacher. My child was not going to have the fullest experience if I am hovering over her throughout the morning. So, I decided to step away. During this time, I spoke to another mother who was doing the same. However, her daughter has been in this class for five months! She only went a couple of days a week, and she was switching to go all five days. As we were both peeking and watching through the door, the other woman heard her little girl start crying. She then ran right in, grabbed her, and took her home. It wasn’t until I watched her that I realized how far I have come in letting go. I am not saying that I am better than the other parent. What I am realizing is that sometimes you just have to let go and let your child experience the hurt, the anger, the sadness, the fear, and the joy.

So the next time you are asking yourself if you are being too much to your child, do a self evaluation and ask yourself, “Is this about my child, or is this about my own childhood.” The most beautiful thing about being a mother is that I get to mother myself as I mother my little girl.

Need some help in rediscovering your inner child again? Contact me for a free coaching session at (563) 355-7411.