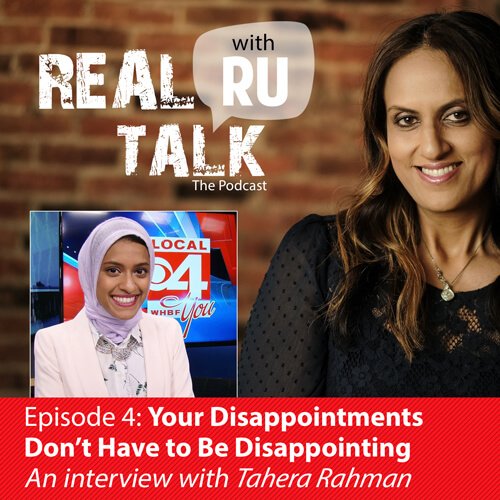 Ep. 4: Your Disappointments Don’t Have to be Disappointing

A journalist from Iowa, Tahera Rahman had worked for WHBF, a television station in Illinois and Iowa for two years as a producer before applying to be on-air.

People told her – mentors and even some producers, that America was not ready for a hijab-wearing news anchor just yet.

On  Feb. 8, 2018, Tahera Rahman gave her first on-air broadcast as a journalist for WHBF.

It is also the day she made history, becoming the first full-time broadcast TV reporter in America to wear a hijab, also known as a head scarf,  on the air.

After her first broadcast, Muslims and non-Muslims from across the world sent messages of support to Rahman, calling her a role model for women and girls.